A small community north of Wagga has welcomed a new addition.

A new era began for the Downside Rural Fire Brigade on Sunday as a new fire station opened.

“The brigade is understandably thrilled that they now have space to comfortably move around in their new station which boasts two bays to house the brigades fire tankers,” Supt Hall said.

“Members of this brigade still protect their community from bushfire as well as a diverse array of incidents, including grass and house fires.

“These men and women remain on-hand 24 hours a day, seven days a week, and we should be extremely proud and grateful for their contribution.

The Downside Brigade continued the day’s celebration by providing guests with a family fun day including face painting, jumping castle, barbecue lunch and fire education resources and activities such as the “smokehouse”, which aims to develop an understanding of the dangers of smoke in a fire and the concept of “get down low and go go go”. 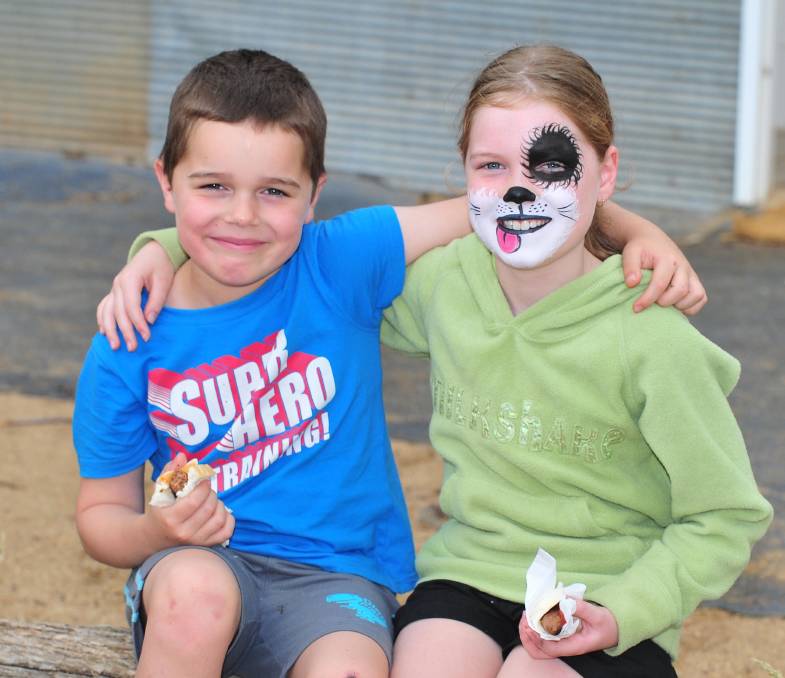 Longstanding volunteers from five brigades within Group Seven in the Wagga district have been acknowledged for their commitment by NSW RFS Chief Superintendent Ken Hall.

Supt Hall said the brigades in the area respond to a range of bush, grass and house fires as well as motor vehicle accidents and other emergencies each year, and he presented each of the volunteers with long service medals for their ongoing dedication.

“Each and every one of the volunteers here is worthy of our most sincere thanks and I would like to personally commend them, not only for their commitment to the service, but also to their community,” Supt Hall said.

He said between them the 28 volunteers presented with medals had managed to accumulate 1030 years of service between them.

“I would like to make particular mention of Pat Mason and Bill Gestier who have been valued members of the service for 64 and 71 years respectively.”

Supt Hall said the NSW RFS is at the cutting edge of bushfire fighting due to significant improvements in technology, however, the real strength of the service lies in its people.

“All of the volunteers here have demonstrated an exceptional level of commitment to their community over the years and these medals are just a small token of our appreciation.”