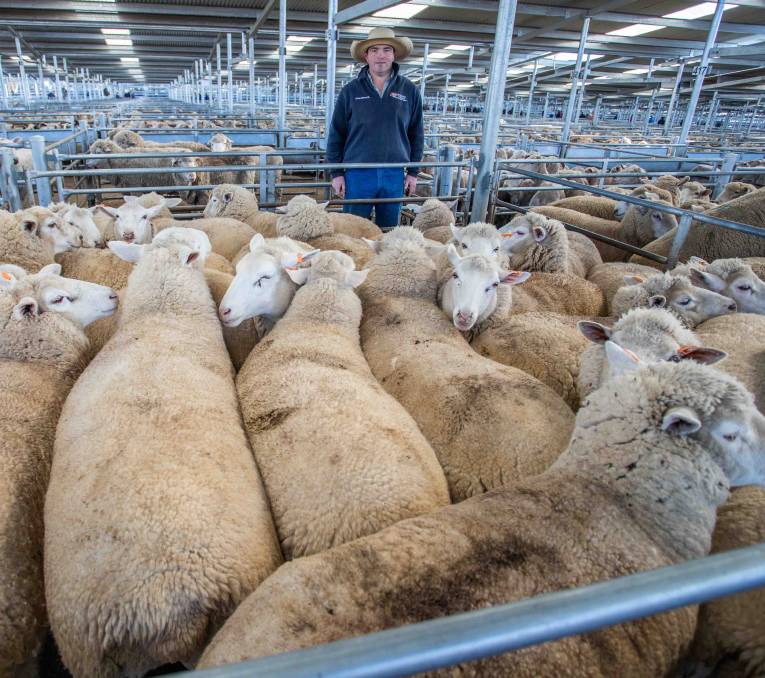 STANDOUT PEN: Willow Creek Pastoral at Bookham topped the market. The lambs are pictured with Corey Nicholson, Holman Tolmie and made $265.

SHEEP AND LAMBS: Vendors sold a total of 12,036 sheep and lambs at the South Eastern Livestock Exchange market.

According toMeat and Livestock Australia's National Livestock Reporting Service (NLRS) lamb numbers eased and the quality was fair to good. Trade weights were best supplied and were in demand.

PRIME CATTLE: A total of 1493 prime cattle went under the hammer at SELX. 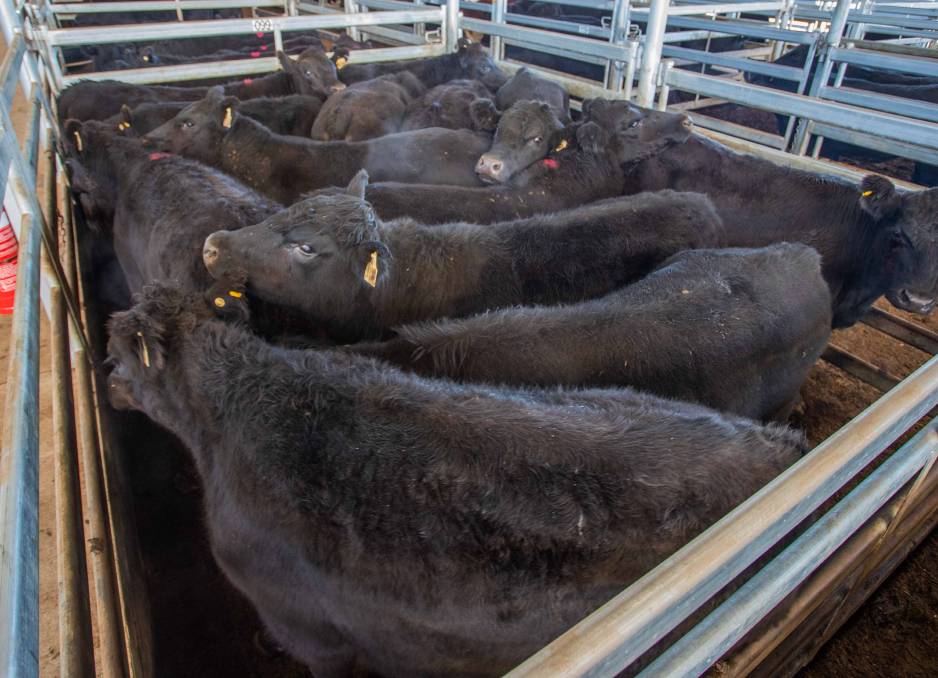 Grown steers were limited and the quality improved and close to 540 cows were offered.

Weaner steers were cheaper, mostly quality related, ranging from 180c to a pen that reached 306c/kg. Heifers were 20c stronger 170c to 225c/kg.

Medium weight feeder steers were back 8c, from 270c to 316c and heavy weights were firm to dearer with heavier steers purchased 255c to 315c/kg.

The light grown heifers were dearer 148c to 234c to restockers and heavy weights to process sold from 235c to 275c/kg.