This is advertiser content for Retallack Border Leicester Stud through QPL Rural.

A lifetime dedicated to breeding some of the best Border Leicester rams and ewes in Australia and overseas is drawing to a closure as Graham and Isabella Grinter offer their Retallack Border Leicester stud and property near Ariah Park for sale.

Opportunities like this to purchase an entire sheep stud, with or without the property, and with an established clientele don't come along very often.

Expressions of interest are invited from interested parties to be submitted by 12pm on 25 January, 2021 to selling agent Craig Pellow, QPL Rural, Temora.

Since the foundation of the stud in 1964, Graham has remained focused on breeding rams that are true to type, with good constitution, hindquarters and a dense heavy fleece whilst placing strong emphasis on producing commercially viable rams that meet all domestic and export meat and wool industry markets.

Retallack stud has an exceptionally strong and loyal following among stud clients and first-cross ewe breeders.

Strong demand for Retallack genetics has seen an increasing top price and average paid for stud rams, ewes and flock rams over the years. The hard work and dedication paid off for Graham and Isabella with Retallack setting the bar high, being the only stud to clean-sweep all supreme long wool exhibits at every major eastern Australian show; Sydney, Canberra, Melbourne, Adelaide, Bendigo, Hamilton and the NSW state sheep show on several occasions.

Geoff and Diane Allan, Melrose, Mathoura have been purchasing rams from Retallack for the past 25 years, breeding first-cross ewes from Merinos bought at Hay.

On many occasions they have topped the first-cross ewe sales at Bendigo.

This year the Allan family sold 1240 ewe lambs at the Bendigo first cross ewe sale that were 2020 March/April drop with an average weight of 64kgs and sired by Retallack rams.

"We were excited to top the sale this year and set a new record for ewe lambs, with the tops selling for $444 each," Mr Allan said.

Mr Allan is drawn to the Retallack type for their big barrel, thick bone, true to type fleece and quick maturity.

"Retallack rams have been a big influence on our success as a sheep producer," he said. 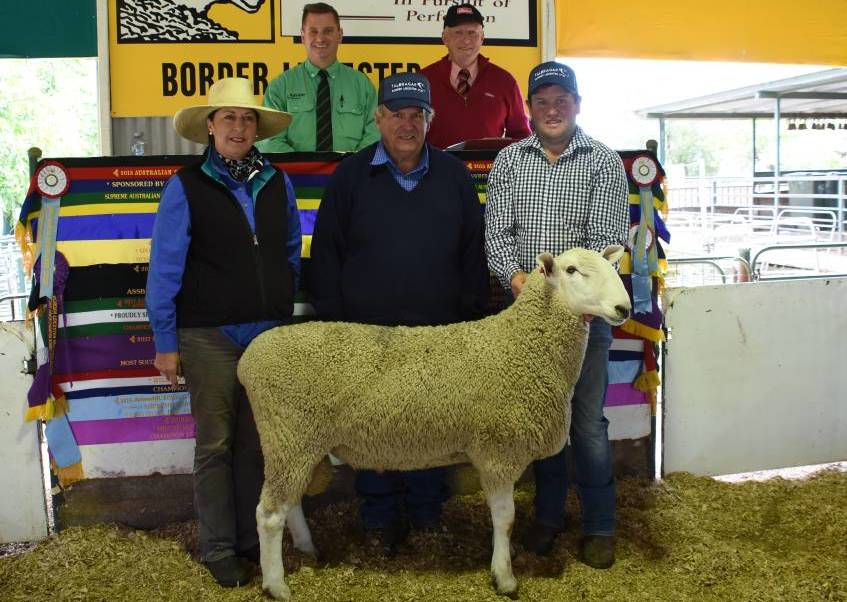 Will Schilling, Glenlee Park Border Leicester stud, Dimboola, Victoria has been purchasing stud rams and ewes from Retallack for the past decade.

His introduction to Retallack sheep was at the ASWS in Bendigo where he watched on as they were awarded champion ram and ewe, with their constitution and conformation a key standout. Ten years ago Mr Schilling bought one ram and some stud ewes from the Retallack stud and has made more ram and ewe purchases since then.

The young ewe's grandsire, Retallack Exceed and Excell is a stylish ram who continues to stamp his mark in the Border Leicester breed.

Semen from the outstanding and influential Retallack sires is included in the sale package.

- This is the second of a two-part advertising feature series for Retallack Border Leicester Stud through QPL Rural.

This story Stud advantage on offer in sale of acclaimed Border Leicester stud first appeared on The Land.