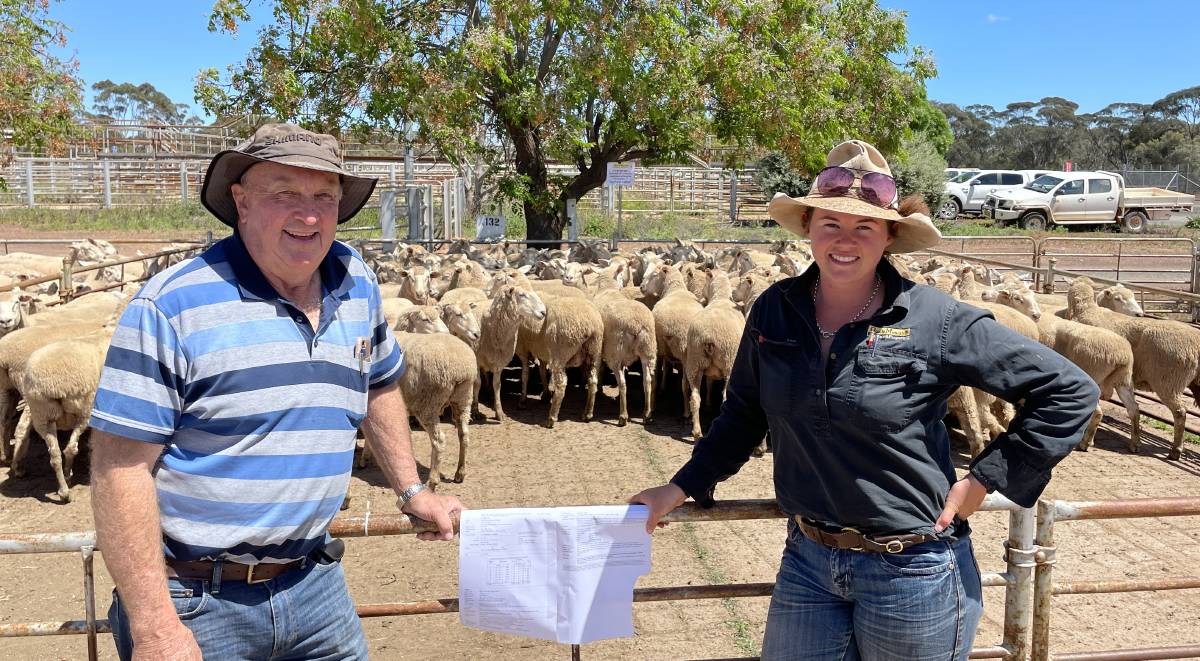 Peter Wood, Yalgogrin North, and Emma Northey, Quade Moncrieff Livestock and Property, West Wyalong, with the pen of first-cross ewes that sold for $395 a head. Matt Goodwin, McClintock Farming, West Wyalong, with the best presented pen of lambs which sold for $164 a head. 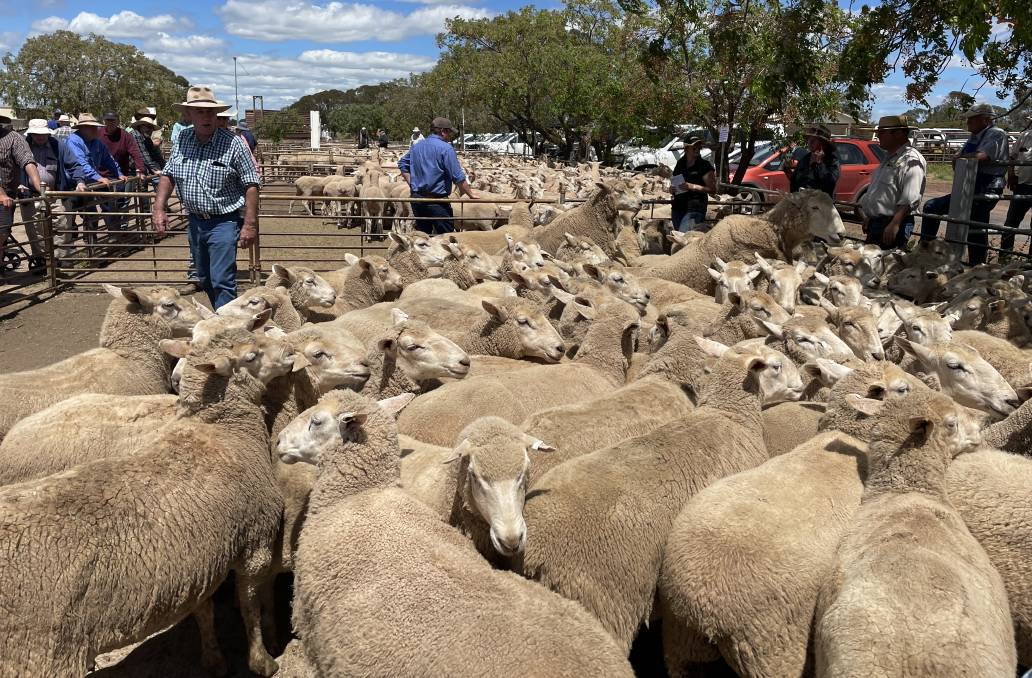 While there were some pens of lambs which sold for very good prices, values at the spring feature store sheep and lamb sale had reached a steady level when 5951 head were yarded on Wednesday last week at West Wyalong.

Top price paid was $395 a head for 114 April/May 2019-drop first-cross ewes, September-shorn and by Cadell Border Leicester rams from Austral-Eden-blood Merino ewes when offered by PS and PA Wood, Yalgogrin North, in the complete dispersal of their flock.

The best presented pen of grown sheep were yarded by John and Barry Johnston, Austral-Eden, West Wyalong, and their offering of 273 June/July 2020 drop Merino ewes, Austral-Eden-blood and June shorn sold for $300.

The sale was conducted by Quade Moncrieff Livestock and Property and Nutrien Ag Solutions, both from West Wyalong, and was listed on AuctionsPlus.